By end of the year, the new T-Solid bearing design developed by IMO was installed on the Large Bearing Laboratory test stand of the Fraunhofer Gesellschaft IWES. The test is intended to prove that T-Solid has a longer fatigue life compared to traditionally used four point bearings. 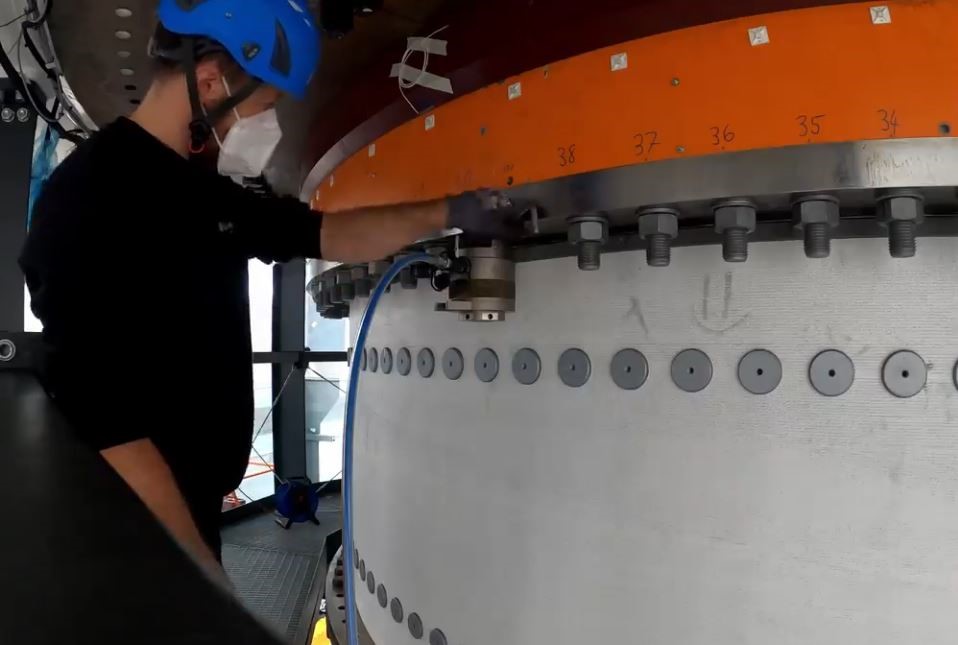 At the large bearing laboratory test bench at the Fraunhofer IWES in Hamburg, the first 5m IMO blade bearings were tested. IMO is the sole industrial partner for this project, which involves an accelerated lifetime check of pitch bearings up to 10 MW. The aim of the test is to enable a more precise dimensioning of large diameter antifriction bearings and to optimize their technical reliability. 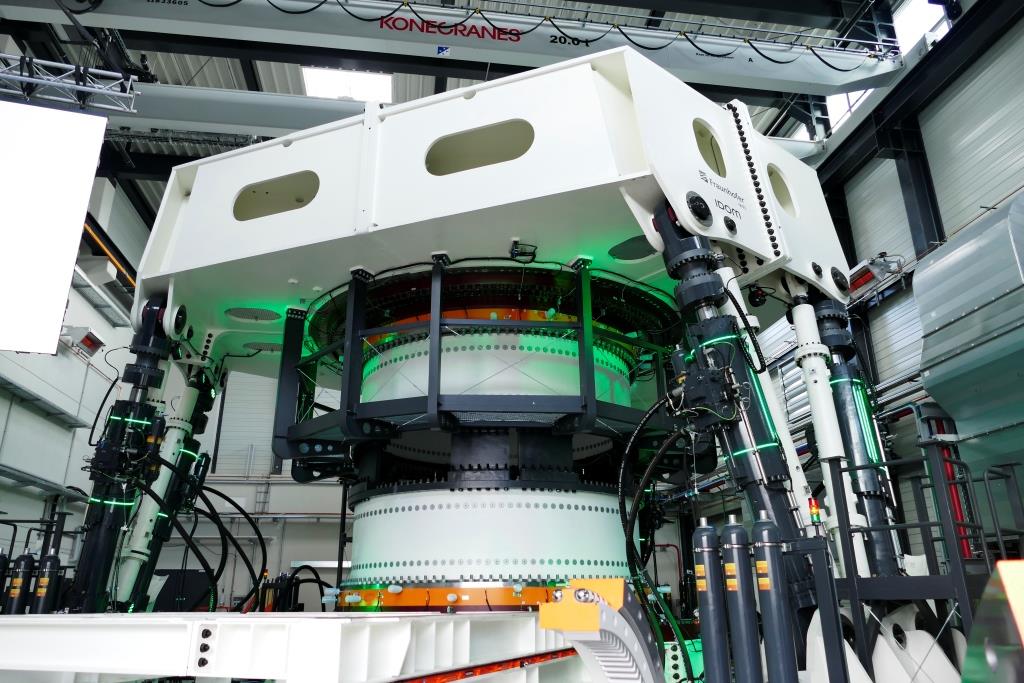 IMO took a look backwards over its 30-year corporate history, during which the company developed into a global leader for the supply of slewing rings and slew drives.

IMO's deliveries in the wind energy sector exceeded the figure of 85,000 large diameter antifriction bearings, corresponding to an installed power of 45 GW onshore and offshore. This is around 10% of the global usable wind energy capacity.

The international wind energy magazine "Windpower Monthly" named the IMO blade bearing T-Solid 4IPC as one of the top 5 sector innovations in the wind sector, describing it as a "characteristic enabler for the next turbine scaling and optimizing steps, including for enhanced 25-30 year operating life". 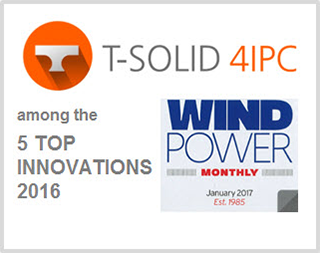 As part of the HAPT research project (Highly Accelerated Pitch Bearing Test), researchers from the Fraunhofer Institute for Wind Energy Systems (IWES) North West, the Institute for Machine Construction and Tribology (IMKT) of the Leibniz University of Hanover, and the IMO Corporate Group worked together on formulating the principles for the further development of blade bearings. The German Federal Ministry for Economic Affairs and Energy sponsored the project to the value of 10.7 million euros.

In September, IMO celebrated on company premises with an employees' family day with more than 1,000 guests. 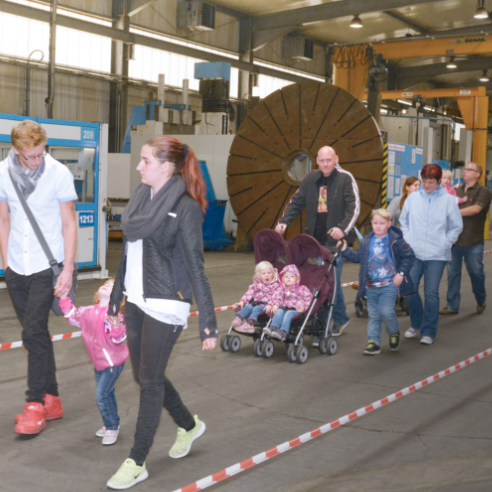 Start of the supplying of the world's largest mobile harbor crane LHM 800 with steering gears from the WD-H series.

IMO delivered the first T-Solid rotor blade bearings for a wind turbine in the 3-4 MW class.

Three IMO blade bearings, each with a diameter of around 4.5 m, were installed for the rotor blades of a floating 7 MW offshore turbine in a large wind farm test site near Fukushima, Japan. 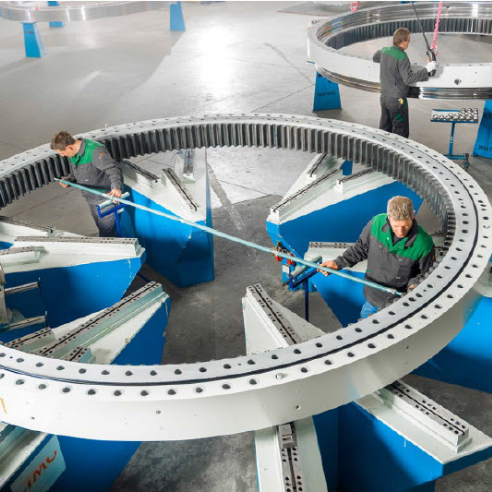 On 1 July 2013, the Corporate Group merged all of its slewing ring activities into IMO GmbH & Co. KG.

A marine lift with a load carrying capacity of 820 t was equipped with the newly developed WD-L 0713 slew drives for the first time.

The 100th international patent for IMO was granted. This was for T-Solid, the ground-breaking blade bearing for wind turbines for safe operation even in the case of high deformations of the blade root, blade bearing, and hub. 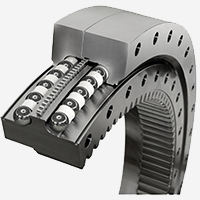 Foundation of the sales subsidiary IMO USA Corp., based in South Carolina.

Opening of a branch in Beijing, China. 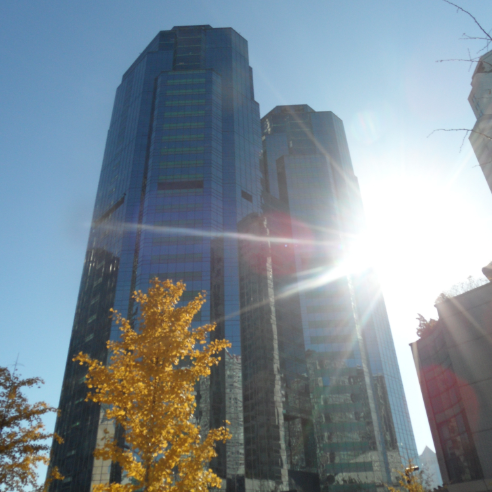 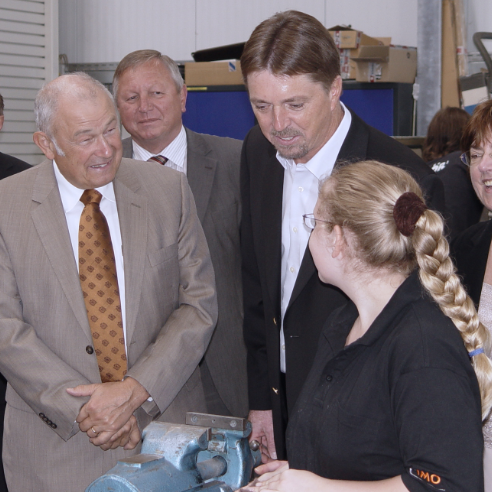 IMO celebrated its 20th anniversary with a large family day with 2,300 guests.

Michael Glos, Minister for Economic Affairs and Energy, visited the IMO Corporate Group at the invitation of Member of the Bundestag Stefan Müller. 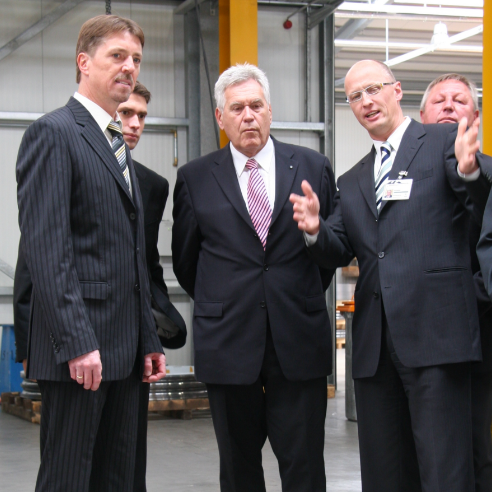 Conversion of company structure to a holding company. 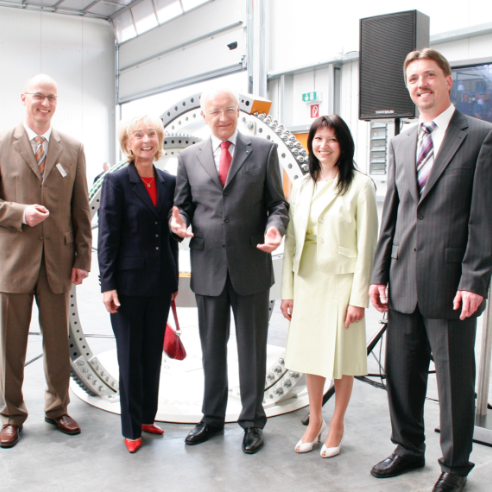 Of tens of thousands of companies, IMO reached spot 107 in the "Europe's 500" list of Europe's top 500 fastest growing companies.

Solar trackers were fitted with IMO slew drives from the WD-L series.

Introduction of an environmental management system as per DIN EN ISO 14001:2005.

For the first time, IMO entered the "Europe's 500" list of Europe's top 500 fastest growing companies. The company reached the rankings again in 2006 and 2007.

The Bavarian State Minister of Economics, Infrastructure, Transport and Technology named IMO as among Bavaria's "Best 50" companies for the creation of jobs for the first time. This accolade was also achieved by IMO in 2005 and 2007. 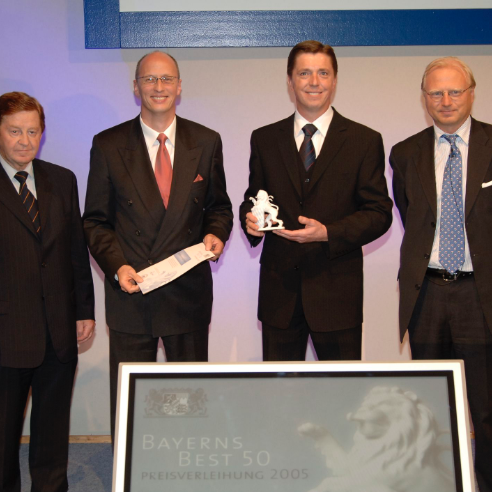 Further expansion in the form of the construction of new halls for shipping, production, assembly, and a paint shop.

IMO expanded its production capacity with the construction of the IMO drive facility (now Plant II) at the Gremsdorf industrial park right next to the A3 motorway. 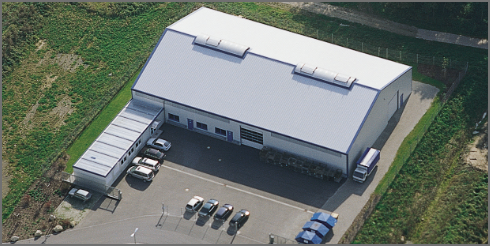 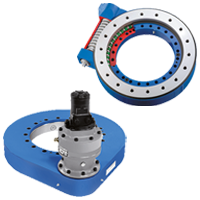 IMO slew drives were involved in the preparations for the Summer Olympic Games in Athens: They were installed in a tunnel boring machine that was used for a new metro section in Athens.

On IMO company premises, the construction of a new production hall with a paint shop tripled the production area.

IMO was awarded the silver medal at the IENA (International Trade Fair Ideas - Inventions - New Products) for its spur gear slew drive SP-OP. The praised feature: The integrated slip coupling that protects the slew drive from overload and the associated risk of gear breakage. 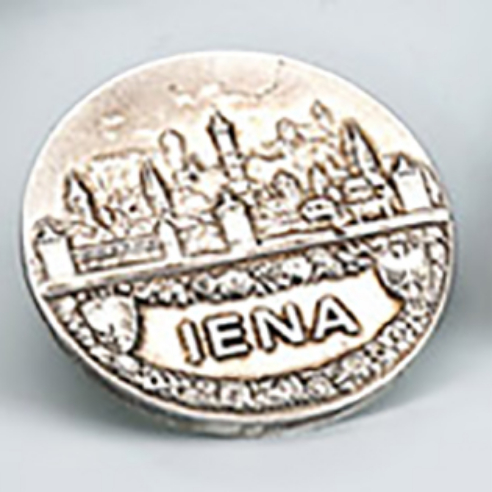 IMO received the gold medal at the IENA (International Trade Fair Ideas - Inventions - New Products) for the slew drive of the worm gear WD-H series. The praised feature: The highest power density of all slew drives on offer around the world. 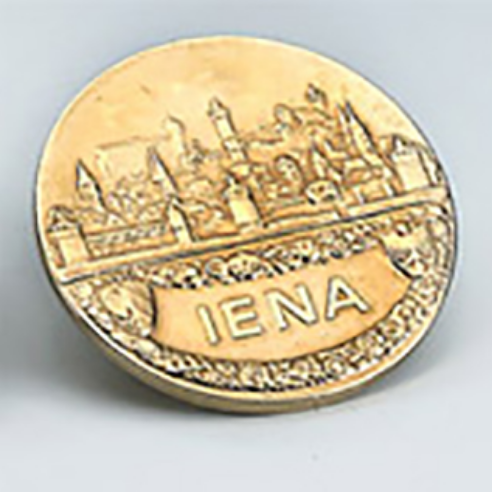 Founding of IMO Antriebseinheit GmbH, specializing in the development, production, and marketing of slew drives.

First fitting of a heavy-duty transporter (SPMT - Self Propelled Modular Transporter) with slew drives of the WD-H series.

IMO developed and produced the first slew drive - a worm gear slew drive of the WD-H 0146 series, used in a manlift platform application. 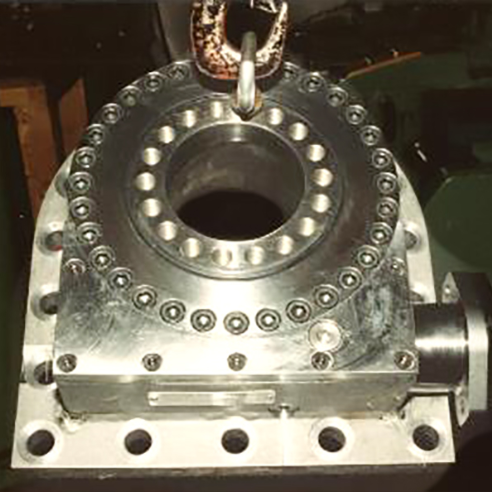 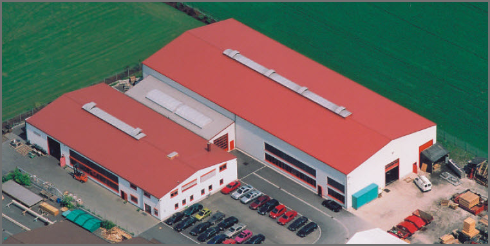